WHY GCAL? Glad you asked. Here are some of our Exclusives and Testimonials.
One Location • One Standard • Graded in the USA

We believe consumers should feel confident about their diamond purchase, that's why our mission is to provide the most accurate and consistent gemological services with uncompromising integrity and unparalleled customer care.

Your diamond is important
We examine every diamond as if it were for a friend - precisely measuring, analyzing, photographing, Gemprinting, and thoroughly grading it to the highest standards. No matter the size - from 0.20 carat to over 50 carats, the origin - natural or lab grown, or the quality - flawless or included, every diamond is given the same attention because we know consumers rely on our grading to make significant financial decisions. Read more about Our Standards

Who's GCAL?
We are a specialty laboratory located in New York City. We are passionate about accurate diamond grading and protecting the consumer. GCAL has earned a reputation as being a diamond grading lab that doesn't bend to the whims of unscrupulous dealers and retailers. We are proud to be the only ISO 17025 Accredited Forensic Gem Laboratory in the world. Read more about Our ISO 17025 Accreditation

We care about one thing - the truth
We don't play 'grading games'. If diamond sellers don't like our grades or say we are 'too tough', we don't care. This attitude hasn't always made us popular among the industry players who make money off inflated grading reports, but we're going to keep doing what we do: provide accurate grading certificates that we stand behind with a money-back guarantee. Read more about Our Guarantee

50 years of consumer advocacy The founder and President of GCAL, Donald A. Palmieri, is an industry veteran with over 50 years experience in all aspects of the jewelry business. Always a consumer advocate, Don has defended consumer rights, often appearing as an expert witness in court cases.

Disillusioned
Not heir to a diamantaire's business, Don worked his way through many jobs in the industry, from bench jeweler to diamond trader in Africa to retail salesman. Years of seeing people getting ripped off and the proliferation of bad grading reports left Don disillusioned by the way the diamond industry did business - wholesalers playing grading games and labs taking payoffs.

An Optimist
Always the optimist, Don knew that diamonds could be graded accurately and consistently. After all, wholesalers and dealers knew exactly what their inventory was worth and which stones had accurate grading reports versus the ones that were 'over graded'. Why shouldn't consumers know too? Don knew there had to be a better way. 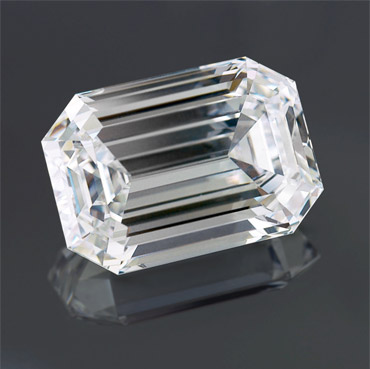 99-100% accurate
Don's viewpoint was that labs could be 99-100% accurate if they took the time to do it right. The idea of 'doing it right,' meaning grading diamonds accurately and consistently, motivated Don to introduce the first Guaranteed Diamond Grading Certificate in 1982. Although guaranteed grading was unheard of at the time, he believed that as an 'expert' he was responsible and accountable for his work.

The beginning of GCAL
Driven by the goal of providing an independent, honest and fair assessment of the quality of diamonds, Don and his wife, Pamela, established GCAL in 2001. Gem Certification & Assurance Lab is headquartered in the diamond district in New York City and is still proud to offer premium Guaranteed Grading Certificates, along with exclusive services such as Diamond Profile® Light Analysis and innovative technologies such as Gemprint.